Drug checking and pill testing – what it can and cannot do and why it matters.

Provision of services to consumers of illicit drugs to find out exactly what is in their pill or powder is not a new thing. Such facilities have been available in various guises for almost 20 years in countries like Austria and the Netherlands. Because most illegal drugs are produced without any quality control users are faced with the risks that their drug is either of very low purity, is not what it is purported to be or very rarely contaminated with substances that have an inherently more toxic profile than the drug itself. Inconsistent purity and composition may place consumers at risk of harm. It means drug effect can be more unpredictable that usual, it makes informed choices over whether or not to consume a drug difficult and makes accurate dosing and titration hard. All of these difficulties add to the risks of harm associated with taking drugs.

The recent interest in “front of house” drug testing at festivals across the UK and Europe comes on the back of an increase in the availability of MDMA and escalating doses in pills. Sadly, this has been accompanied by an increase in MDMA related deaths, often among very young people. Unlike heroin (where bigger doses reliably increase the risk of dying – rather predictably and consistency across users) the relationship between dose and the risk of death with MDMA is inconsistent and unpredictable. That is people who are found to have died from MDMA do not consistently have very high levels of MDMA in their blood (and we don’t even know what blood levels people who don’t die have). GDS data does suggest that higher doses are associated with increase in both the risk of negative effects and of people seeking emergency medical treatment following the use of MDMA, with young women being 2-3 more at risk that men. So, all things considered, higher doses of MDMA probably do increase the risk of death by increasing an individual’s vulnerability to environmental harm but knowing what is in your pill taking cannot reduce your risk of death to zero and people can die from MDMA after what could be considered a low / normal dose. Deaths often occur after consumption of the same tablets, in similar amounts, in the same environment as other people who have no problems.

Drug checking offers many potential benefits. It can help festival organisers, police and health service and harm reduction groups have honest conversations about reducing the risk from harm (though these can of course occur without “front of house” drug checking).   Used across a population as part of a systematic monitoring framework such as that used by the Dutch it can contribute to an early warning system and offer individual users data on the likely content of their pill that can help them make informed decisions over their use.

Drug checking is not a simple process and refers to a number of different analytical methods that vary widely in cost, utility and most important scientific accuracy. Some methods such as home testing kits can in combination (there are 4 in common use) indicate the presence many of the drugs you might be interested in but are very limited in their ability to spot the rare but dangerous components such as PMMA. They give you no idea of dose – currently the biggest threat to most users. Easily transportable devices such as Infra-Red Spectroscopy offer acceptable accuracy for powders, providing appropriate comparison databases are available, but their reliability and accuracy when used to check pills is questionable. They are limited to detecting the major components of a sample, which may not be the active substance. Truly accurate approaches, which separate the components of a mixture, such as GCMS and HPLC offer a more comprehensive indication of drug composition including quantitative analysis (how much of each drug is there) but are expensive, time consuming and need highly trained staff to use them. They also require a mobile laboratory such as that used by Checkit in Austria and consequently are unlikely to be available at many venues. 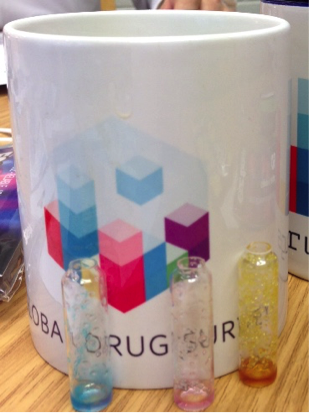 High dose pills only place people at more risk of harm if they result in the consumption of more MDMA overall. People can take too much MDMA by consuming lots of low dose pills, or using MDMA powder in reckless ways. GDS data from the last 2 years from over 50,000 users suggest that most people are using over the 1.5mg/kg dose (90 mg for a 60kg person) that most people would suggest achieve the balance between positive effects and the risk of unwanted effects and are using on average over 200mg/per session (> 2.5mg /kg for an 80kg person). Helping people dose more sensibly will only ever be one of the ways we can help people use drugs more safely. GDS data indicates that most people use less than 10 time per year and the more often you use the greater your risk. Over 90% of people seeking Emergency Medical Treatment each year after MDMA have used other drugs (often cocaine or ketamine) and/or alcohol and more frequent use of MDMA is associated with the higher rates of combined MDMA use with other stimulant drugs and ketamine. Reducing poly drug use, frequency of use and helping mates help each other may achieve far more for much less effort. The unpalatable truth may well be that the most dangerous component in an ecstasy tablet for most people is MDMA, particularly at high doses and tolerance might well mean that it is difficult to repeatedly achieve the desired effect. Less is more.

This year GDS is seeking to find out how different people dose with MDMA, why some people are more at risk than others and which different types of pill testing are in use around the world. So if you want to help us find out just how possible it is to use MDMA more safely please go to www.globaldrugsurvey.com/GDS2017 now.