UK drug purchases via the Darknet doubled since 2014

Major growth in use of psychedelics in past three years 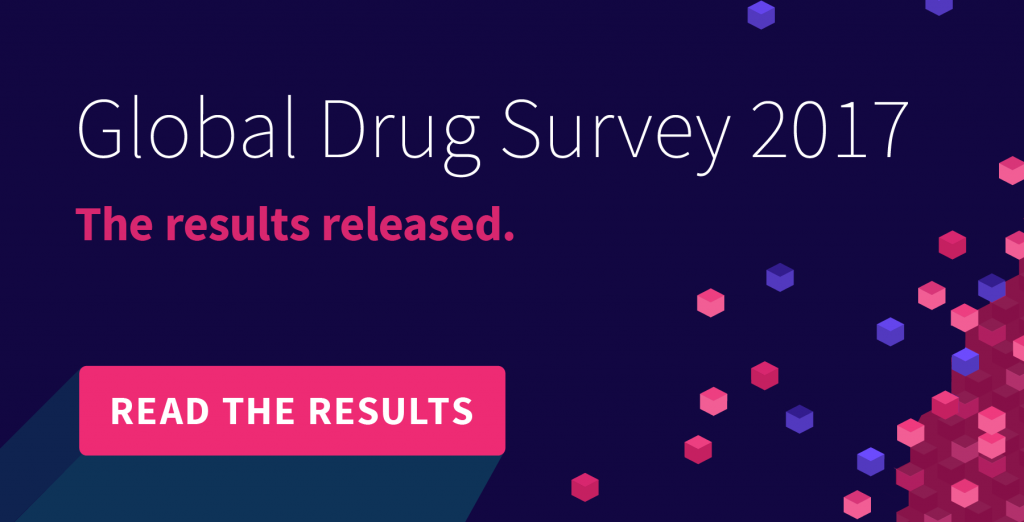 WEDNESDAY 24TH MAY 2017 – LONDON, UK – An increase in the purity of recreational drugs has lead to a major increase in UK cocaine users being admitted to A&E departments according to a study out today.

The Global Drugs Survey 2017, which researched the drug-taking habits of 120,000 people across 50 countries, found that the UK is amongst the worst nations for A&E attendance due to recreational drug use. 65% of the people the survey spoke to had used illegal drugs in the past 12 months and the average age of respondents was 29 years of age.

The study, which spoke to 5,900 people in the UK, found that availability of cocaine and MDMA of greater purity was driving this rise. Since 2015, the study found there had been a 50% increase in cocaine users being admitted to A&E.

More positively, the UK is bucking the global trend when it comes to hospital admissions caused by MDMA. As more and more global users of MDMA find themselves in A&E, the rate of UK admissions from the drugs has dropped from 1.2% of all use to 0.7% in just 12 months, perhaps indicating that UK users are learning how to more safely use the drug.  Indeed, 60% of MDMA users reported taking a test dose from new batches of pills in line with the ‘don’t be daft, start with a half’ message of last year’s report.

However, the average time between MDMA doses was reported as 75 minutes, when medical advice is to take at least a 2-3 hour gap to avoid excess intoxication or damage to health.  Similarly, over half of those surveyed globally ignored official advice and were drunk when taking MDMA for the first time.

This increased likelihood of arriving in A&E is partly being driven where UK drug-users are sourcing their drugs. 1 in 4 (25%) of those who had used drugs in the past year had bought their drugs from the darknet, where dealers are anonymous, their I.P addresses are masked and payment is received in Bitcoin. MDMA is the drug most bought globally on the darknet, with 49% of those having used the drug having bought it on the darknet.

Since 2014, the number of UK drug-users who have bought their drugs on the Darknet has risen from 12% to 25%. Only users in Finland (41%) & Norway (27%) are more likely to have used the darknet to buy drugs in the past 12 months. 7% of UK cocaine users said that their last purchase had been via the darknet.

The Rise of Psychedelics

The study also found there has been a major rise in the amount of UK drug users using psychedelics. Since the first report in 2014, ketamine, nitrous oxide and LSD have all seen major growth in the rate of UK users taking them. 26% of people who admit talking illegal drugs in the past 12 months used ketamine, compared to 20% in 2014. The rise is even more pronounced for nitrous oxide, rising from 20% to 31% over the same period. 20% of UK users also admit to having used LSD in the past 12 months.

Whilst the report also highlighted the issues caused by newer and purer drugs, it is clear the use of more traditional drugs is still a cause for concern. The study found that 85% of the world’s cannabis smokers still do so with tobacco, compared to just 5% who use a cannabis pipe. 77% of UK cannabis smokers smoke with tobacco, with Italians (94%) and Greeks (93%) most likely to combine the two.

Dr. Adam Winstock, Author of the Global Drugs Survey comments, ‘This year’s study shows that increased drug purity is leading to a surge in admissions to A&E departments across the UK. We need to educate users about purity levels and the impact that they have on the bodies.

Another concerning development is the UK appears to lead the world in the rise of purchasing drugs on the darknet. The darknet allows dealers to be anonymous, taking away all accountability and it is a concern that the UK currently is outpacing much of the world in its rush to buy drugs this way.

We want to promote honest conversations about drugs, we want the nightlife industry to be able to share advise with their customers to champion inform decisions. The government will seek to criminalise and change legislation, but that can take years. It is far easy to change the conversation than the law and having open and honest conversations around the drug-taking in the UK will save lives.’