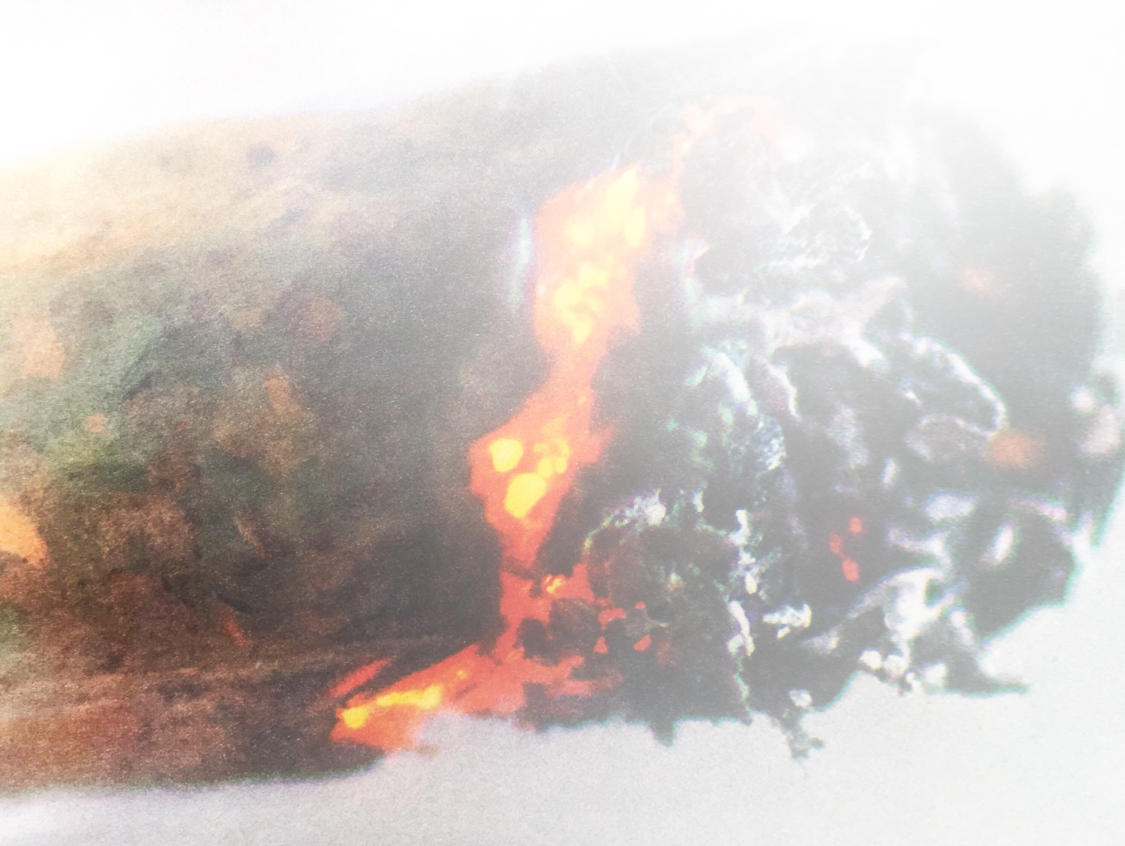 Tobacco – possibly the worst thing in a joint

Why we must teach people how to roll joints without tobacco or even better vape!

For all the diversity that the EU supports there are a few things that really unite us. Like our obsession to compulsion to smoke cannabis in all its forms with tobacco. Based on data from almost 70,000 cannabis users who took part in GDS2017 figure 1 shows the gaping divide in tobacco associated routes of administration. With combined use born out of function, culture, economy and pleasure for many in Europe it’s reasonable to say that cannabis is a gateway drug to tobacco. By this I mean that very often a person’s first exposure to tobacco is often in a joint. From a public health perspective, the failure of the government to help people who like to get stoned not to do so without dying because of tobacco related disease is rather poor form. Maybe if the Tories win a landslide they might feel more comfortable about doing the right thing and being influenced by evidence? Not unless they’re high eh?

Figure 1 – Who uses tobacco when they smoke cannabis? 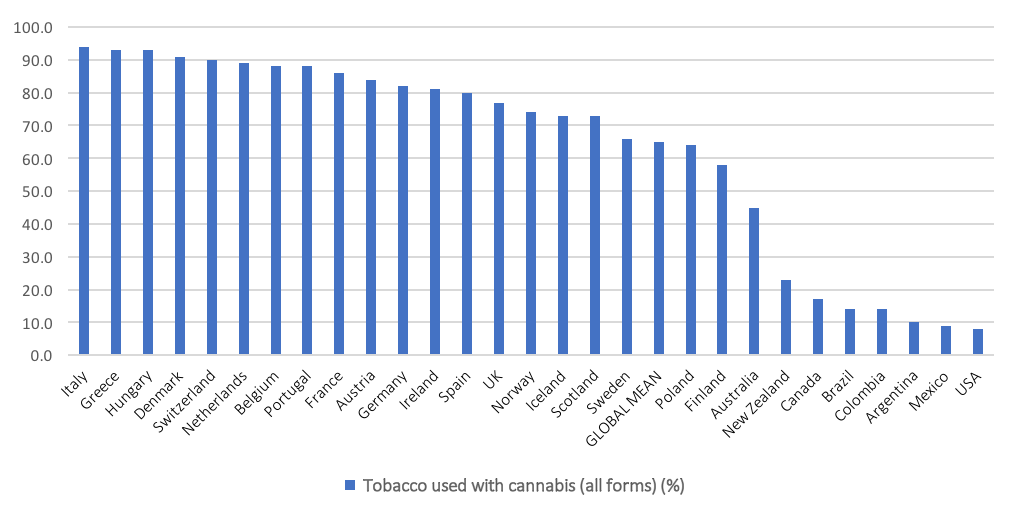 Smoking (combusting) anything is not good for your lungs. Smoking changes the fundamental nature and properties of a substance tending towards the formation of toxic and carcinogenic compounds. For cannabis, this includes the alteration of psychoactivity and increases the risk of dependence and worsens withdrawal for dependent users.

But you don’t have to smoke cannabis with tobacco to enjoy weed or resin or oil or any other cannabis formulation. In fact, of you don’t have to ‘smoke’ cannabis to get high full stop. You can vape it, eat it, drink it or put it up your bum. And while vaping cannabis remains the optimal route of delivery in terms of health and convenience and ability to titrate the effect even where people don’t use tobacco like the US and Canada there’s still a long way to go before we consign smoking cannabis to the history books.

The question is what is the best way to dissociate tobacco use from cannabis? Is it simply to promote the idea of smoking without cannabis or to challenge as we have with cigarettes the whole concept of smoking and promote vaping? Clearly countries like the US and Canada are ahead of many other countries with a cultural disdain for polluting weed with tobacco. Sweeping regulatory reforms combined with ferocious commercialism and a diversity of concentrated cannabis products lend themselves to a gradual takeover of vaping in these countries. GDS has huge unexplored data in issues related to both the motivations and barriers to the wider adoption of vaping (contact us for more information) , which we hope to explore in the coming months. But in other countries maybe we need to focus on harnessing the success of anti-tobacco smoking campaigns to help people who like smoking weed to do so without tobacco.

But it will take more than simple health promotion messages recycled from previous campaigns. The message can’t be ‘stay off the grass’ ‘don’t smoke cannabis it’s bad for you’. Adverts will need to be respectful of the choices people make including getting high. Delaying the onset of use should remain a consistent goal but more broadly health promotion will need to put morality and the ideology that ‘abstinence rules ok’ out the window.
Before people start calling for law reform (which without a doubt would have many benefits) legalising cannabis won’t necessarily be the solution to the issue either. The Netherlands have one of the highest rates of smoking with tobacco in the world.

Changing cultural consumption norms of any substance is hugely difficult. The Brits still binge drink despite not having to be out the pub at 11pm. The Dutch cycle on busy roads with no helmets and the Americans swallow fake news as if were a Hershey Bar. Change will come down to the government finding a pair and realising it’s ok to have grown up honest conversations with the adult population they represent. To offer them practical suggestions how to get high without smoking would be to respect the different choices we make as individuals.  It might require some policy change. Why did the UK government ban shops from selling dry herb vaporisers? Why ban an effective harm reduction device sold side by side with e-cigarettes than help people stop smoking tobacco.

Honest conversations build trust and respect across communities, Laws and the variations in their implementation lead to division and disengagement. Changing laws is hard. Changing the conversation is easy.  Let’s start that today.

Save your lungs and your wallet and stop skinning up with tobacco and get yourself a pipe or a vape device. Easy see??